In a world crawling with vampires, Romania is the safest place left on earth. Thanks to the Little Council, there hasn't been a vampire on Romanian ground in over five centuries, until one day when Liana Cantacuzino is ordered to bring one in, covertly
Enter Maximilien Hess, a thousand-year-old vampire determined to ruin the existing order of things. When all is revealed, Hess's secret changes everything, and a reluctant alliance is formed because the alternative is much worse.
he Impaler Legacy Omnibus, a vampire saga like no other, includes: The Impaler’s Revenge (novella) Sweet Surrender (short story) A Victory that Counts (novella) Casualties of War (short story) Order Restored (novella) The Third Wheel (short story)

And here's an excerpt from the story for you guys to read!


“We caught her this morning,” he said. “She was hiding in town, just like we had been

“I see.” I still thought it smelled fishy. “Where’s Radu?”

“Is he going to be all right?”

Good. It didn’t explain why she still lived, though. “What makes you so special?” I

murmured, leaning forward to take a better look at the girl. I saw nothing special about her.

She pulled back as if she feared me, and her head thumped against the back of the chair.

“I know what you are,” she hissed, her features twisting in an ugly mask of fury.

I didn’t particularly care about being referred to as a “what,” but I humored her. “What

So she knew. She could somehow tell I was a member of the Little Council. I arched an

eyebrow and looked at Max. He had never mentioned anything about being able to detect the

presence of the modified blood in my system—the blood most vampires found so unpleasant.

I straightened my back and asked Max, “Okay. What did you find out?”

“That’s the thing…” He ran a hand through his hair. “She isn’t talking.”

If I hadn’t known better, I would have said he was embarrassed by this failure.

“To take over.” He walked to a distant, dark corner of the room and brought a wooden

chest filled with torture devices from the V Museum. I was all too familiar with its content, even

if I had never used them on a real subject.

I gulped. “You must be joking.”

“I tried everything I could think of,” Max said. “I’m not used to working so hard to make

someone talk. Most vampires have a survival instinct. These new breeds don’t. If I push her

more, she’ll die. And it will all be for nothing.”

“What makes you think I can do better?” I wondered.

“You know techniques I’m not familiar with.” He shrugged. “I never needed them. But

they’re part of your upbringing. You know what to do.”

“I think she will. My guess is something went wrong during her turning. This one wants

to live. She’s weakened now. She might give in if pressed just right.”

“Fine. Let’s get some pandurs to do it. They all got the same training I did.”

“Oh, please. They’re enforcers. They have no finesse.”

I gritted my teeth. I did not want to become a torturer. I didn’t have it in me. I gave Max a

long look. There had to be more to it. “Why all the secrecy?”

“Don’t you see? They’re not supposed to let themselves be caught. If she speaks and no

one knows about it, we’ll get the upper hand.”

Trotuş and Spânu, who stood by the walls like silent statues, but no help came from them. This

“Bring the tools.” I picked a scalpel from the chest and turned to the girl. “What’s your

“I’m sorry, Tawny. This isn't going to be pleasant.”

About the Author  Award-winning writer Ioana Visan has always dreamed about reaching the stars, but since she can't, she writes about it. After fighting the apocalypse aftermath in "Human Instincts", she played with shapeshifters in “Blue Moon Café Series: Where Shifters Meet for Drinks”, and then she dealt with vampires in “The Impaler Legacy” series, before tackling longer works like a fantasy trilogy and a science fiction series. Aside from publishing short stories in various Romanian magazines and anthologies, she published a short story collection "Efectul de nautil" and the Romanian edition of "Human Instincts". She was awarded the Encouragement Award by The European Science Fiction Society at Eurocon 2013.

Welcome to Triquetra Reviews!
I'm Autumn and here you'll find blitzes, blasts, cover reveals and reviews on books I've read! Feel free to comment on a post or email me with any questions! 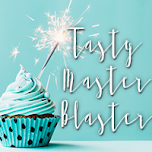 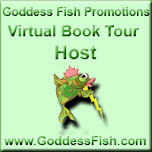 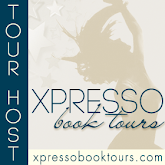